About Us
Our Team
History
Ministry

Today’s contractors like you are working longer hours, doing more and making less money than what your efforts reflect.

But it’s not your fault. Competition is fierce and many are willing to cut their price to get the job. The sales process is more complex because buyers have high standards. Suppliers are also feeling the pinch, so margins shrink. It can be frustrating and exhausting. 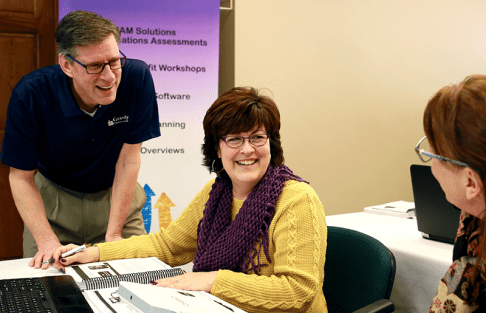 This is where the team at Grandy & Associates can make a difference.

Over the last 32 years, we’ve assembled a team of industry experts who know how you feel and have walked in your shoes. We have trained over 20,000 trade professionals, owners, managers, and techs.
We have the knowledge, tools and strategies you need to increase cash flows, reduce stress levels, have more free time, and increase profits.

Our mission at Grandy & Associates is to train contractors like you so you can have the life you dreamed of when you first started your business. We do this by teaching proven business strategies that will have a positive impact on profit. These strategies will also improve quality of life for you and your employees.

Every day at Grandy & Associates we strive to find ways to help you become profitable and achieve success. Our standard is excellence. We’re always raising the bar on the quality of products and services we provide for you.

Each team member at Grandy is driven by curiosity. We desire to understand, learn, and improve every day so we can serve you even better.

Customers are the reason we strive daily for excellence. In everything we do, we start by asking the question, “How will this benefit our customer?”

We aspire to be innovative and constantly improve our courses, training, and services. We can’t achieve that without reflection, collaboration, and feedback.

A day without laughter is a day without living. Our most treasured moments are the ones where our clients tell us, “Not only did I learn a ton, I had a fun time doing it!”

Our moral compass stands on truth. Our goal is to give you great training at a great price. When we fall short, we will do what is necessary to make it right.

Business is about people. You are the reason we are in business and stay in business. When you’re a Grandy customer, you’ll have a strong, loyal, and beneficial relationship.

We recognize the sacrifice, commitment, and investment that our customers make. Because of that, we’re committed to making sure every product and service we offer will lead to positive results.

Our commitment is to serve, honor, glorify, and respect our Lord and Savior Jesus Christ. We’re Ambassadors for Christ and treat, communicate and interact with our customers as Jesus would. 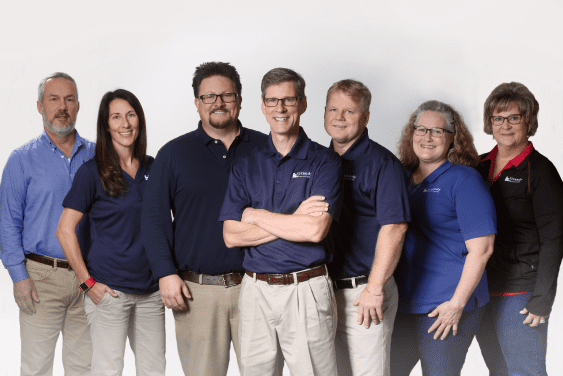 What Makes a Great Team?

Better yet, what makes a dynamic team?
If the answer to this question has escaped you, then look no further than the team at Grandy & Associates.

The first thing you’ll notice at Grandy is that everyone on our team contributes to the mission.

All our efforts are geared towards helping you achieve your goals. 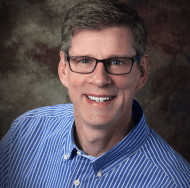 Since 2005 Bill has taken his 35+ years of trade industry experience to develop and deliver programs and services that are in alignment to Grandy’s overall vision. With a knack for connecting with people, he uses this gift to clearly communicate strategies, processes, and tactics that help contractors better understand their businesses and become more profitable. He does all this while simultaneously helping Grandy’s team members become top performers.

Bill has put all his knowledge, experience, lessons from failure, and 35+ years of business and life wisdom into the products and services Grandy & Associates provides with one single purpose…To make your company and life more profitable.

Tom founded Grandy & Associates in 1987 to teach contractors how to run profitable businesses. From being laid off his job in industrial engineering to raising $100K in one day (35 years ago) Tom is responsible for developing the industry’s leading software program “Labor Pricing For A Profit” as well as creating the “Profit University Audio Series”. Tom Grandy is a recognized expert in the industry and is the blueprint example of a great husband, father, visionary, leader and teacher. 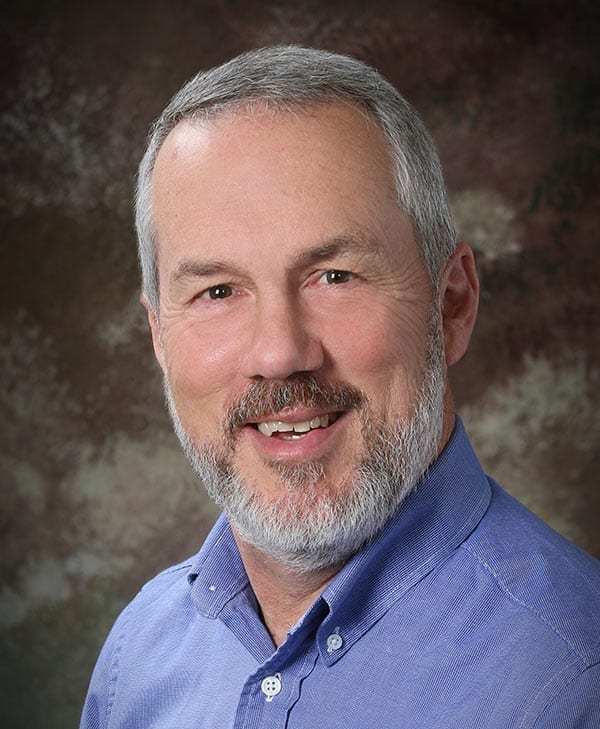 Since 2013 Paul has been at the helm of operations and has successfully navigated the growth and expansion of Grandy with meticulous management of the finance and strategic planning that stretches the vision of the team. Every day Paul sees that the daily operation of Grandy is on track and is a tangible example of success and execution for the Grandy customers. Paul insures that we practice what we teach. 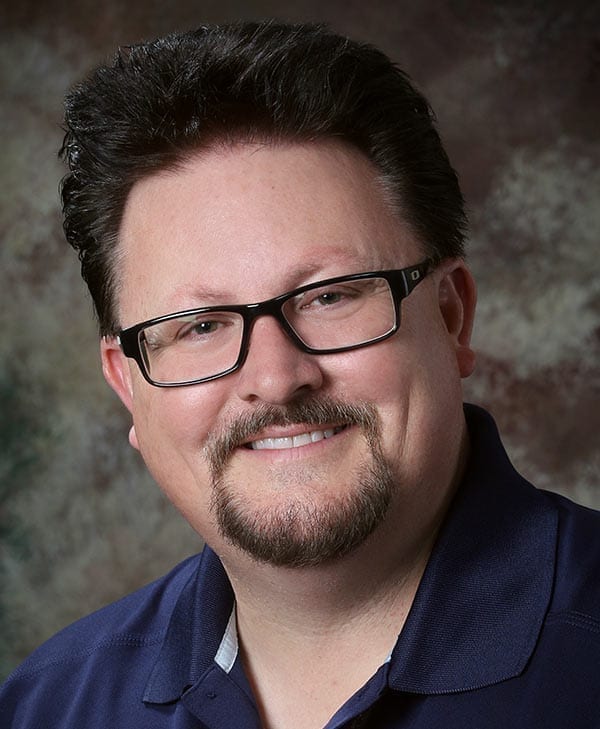 Patrick has over 20 years experience in the HVAC industry in various roles including sales, service, installation, and territory management for one of the largest HVAC distributors in the world. His product expertise includes commercial, residential, geothermal, and generators. His presentation style creates an engaging learning environment where students implement proven strategies. Patrick’s “how to” approach will help your team unlock greater profitability and discover the pathway to achieve your goals. 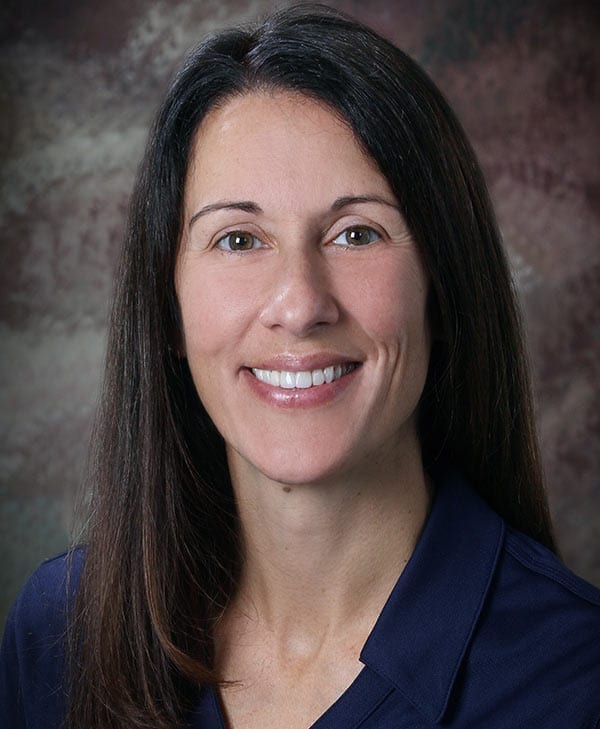 Nichole holds a Master’s degree in Curriculum and Instruction and has extensive customer service experience in the HVAC industry. This expertise makes her the perfect lead for creating, developing, and improving the world-class courses that Grandy provides. In addition, she is a catalyst that unlocks the leadership potential of CSR’s so they can actively contribute to the profitability of their companies. 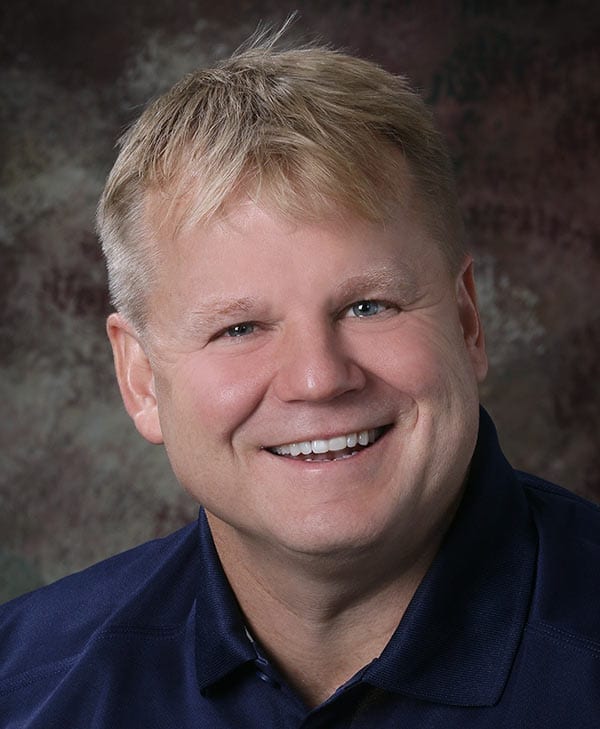 Rob brings his A-game every day and radiates enthusiasm, passion, and energy. Rob has a degree in Mfg. Engineering from Boston University and served in the US Navy on board a nuclear submarine. In addition, during his 25-year career, he has had roles, in sales, service management, technology implementation, and operations. With this experience and background, students who attend his workshops leave with excitement and expectations of success and profit. 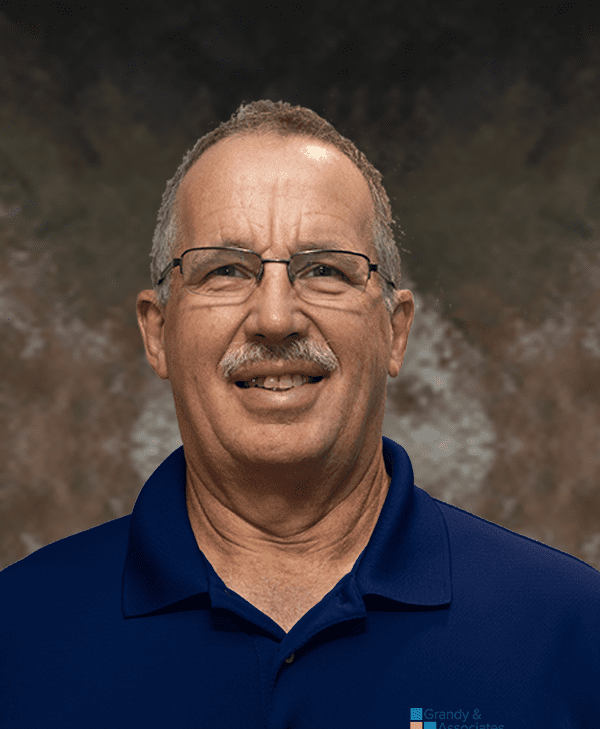 Gary has over 40 years of experience in the trades industries and has spent the last 30 years in the HVAC arena.  As a dealer, Gary dealt with installations, service calls and selling HVAC comfort systems. In distribution, he filled roles as in territory and sales management.  He is passionate about using his experiences to help people realize that it is possible to be happy and successful in their work and personal lives.  Without a doubt, his extensive trades experience will make your company profitable. 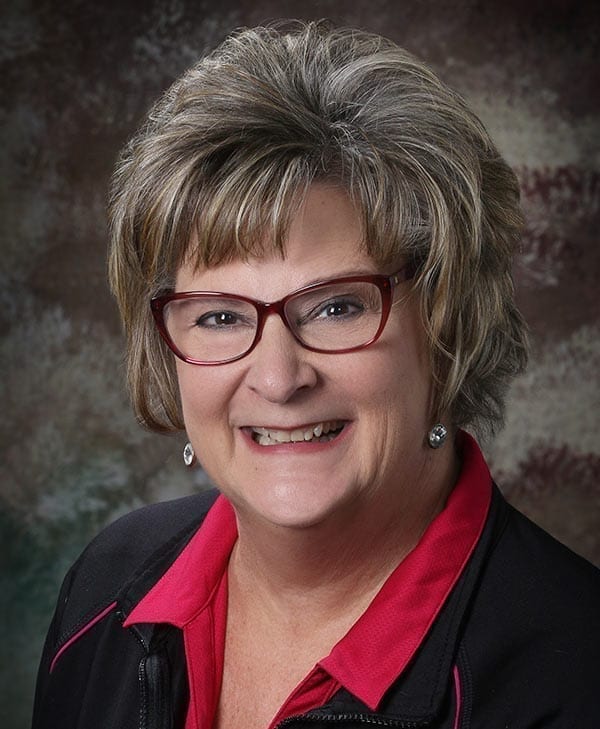 Lori has a heart for people and is a key contributor to keeping the mission and vision of Grandy & Associates on track on a day-to-day basis. She contributes by utilizing her experience in the banking and construction industry. Her ability to communicate is shown through her effortless dialogue with participants of the training programs, writing of the monthly newsletter, along with the execution of email communication to current and potential clients of Grandy & Associates. 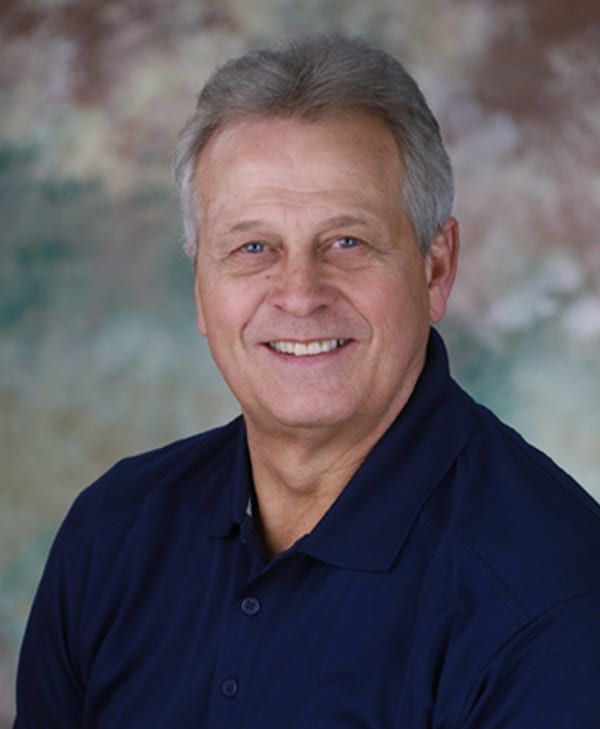 Gene has spent the last 30 years serving in various capacities of leadership. He understands habits, motivation, behaviors, patterns, and the challenges every team faces when they are looking for positive change and growth. As a certified Target Training International trainer, Gene’s focus is to teach our clients all aspects of communication and how to improve it, succession and transition planning, and how critical they all are to any organization.  He is the guide that will lead your team to success. 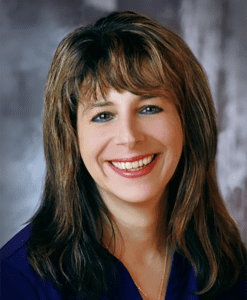 Stacy joined the team in 2019.  She is the perfect person to lead up our e-learning initiative through her creativity and attention to detail.  She specializes in process development, administration, coordination, planning and project management.  Stacy is responsible for working with the trainers to create new self-paced online training, manages our Learning Management System, and produces all of Grandy’s live online training.

The History of Grandy & Associates

The history of Grandy and Associates is like many other companies. But, as you look closer you can see how the Lord led Tom on a pre-journey (some time in the wilderness). This journey equipped him to lead a company that today is recognized as an industry leader.
This journey began when Tom, an industrial engineer by trade, lost his job at an aluminum smelter that had a no-layoff policy.
Unable to find a job in his field, Tom accepted a full-commission sales job for a microfilming company in western Kentucky. In this position, he learned the art of selling from an old grizzled sales manager.
Later, after that job abruptly ended, his friend Paul asked Tom to put together a business plan and raise $100k.

They agreed that upon doing so, Tom would get a job with this company. In one day, he raised the full amount. Over the next couple of years, he learned the ins and outs of small business.

Eventually, he went to work for Franchise One as a Development Manager. During this time, he put together a comprehensive training program for franchisees. Suddenly, that door closed when his department was eliminated.
Out of work again, Tom had lunch one day with an entrepreneurial friend who encouraged him to go to work for himself. Quizzically Tom asked, “Well, what would I do?” His friend replied, “Take the program you developed and turn it into a one-day seminar.”
READ MORE

And so it began, in 1987 Grandy & Associates was formed.  Over the next decade, steady and continual growth occurred and Grandy established themselves as a credible training company in the industry.

Then in 2005, Tom crossed paths with Bill Kinnard. Tom’s business model had been a passion and calling that tugged at Bill for years.  And through a series of interactions, Bill joined Grandy and together, they continued to develop and expand the company.

In 2012, Bill approached Tom and expressed his desire to purchase the company from Tom.  Shortly afterward, an agreement was reached and the ownership structure was realigned, and the corporate headquarters was moved to Green Bay Wisconsin.

At this location, Bill directs operations and strategy and Tom remains fully on board working out his office in Owensboro, Kentucky.

Since its inception, Grandy & Associates has trained tens of thousands of contractors on how to make their businesses profitable.

With the original vision of Tom well intact, combined with the leadership of Bill and a committed and talented team, Grandy & Associates is well poised to continue its journey as an industry leader in business training.

As ambassadors for Christ, Grandy & Associates follows the biblical mandate “To whom much is given, much is required.”

Hope Ministries is one of South Africa’s largest prison ministry programs. This ministry serves over 3000 inmates by providing discipleship, correspondence letters, restorative and emotional healing ministry, and one-on-one counseling. We are honored to serve this ministry and Grandy serves on the board of directors.

Carrying out the biblical mandate to help the poor and the needy, Tom’s legacy is carried on through his daughter, Daria, and her husband, Steve. Together they founded Become-Me. Their primary ministry focus is investing in the lives of the correctional officials of Pollsmoor Prison in Cape Town, South Africa.  We are proud to sponsor this life-changing ministry.

Freedom offers emergency shelter, food, basic hygiene items, and the support and programming to help families get back out on their own.  Grandy & Associates partners with this local family shelter to provide prescription eye glasses for the residents of the facility.