Communication Is The Key To Profitability 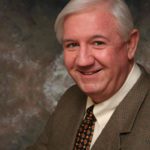 I woke up excited this morning!  Our hot water heater had failed, and we were scheduled as the first call of the day to have it replaced.  I was excited because each service call creates an opportunity for another up close and personal article.  I was not disappointed.

Let’s go back a couple days.  Our 50-gallon water heater is 23 years old but has been running perfectly.  Saturday the hot water turned to cold, ouch!  We boiled some water over the weekend until I could call our long-time plumbing company Monday morning. I was told a tech would be sent out to “evaluate” the situation.  I told the operator it 23 years old and I knew we wanted to replace it.  They sent out a technician anyway.

The tech was one of the politest and most informative individuals we had ever dealt with.  As he checked things out, he found the burner was working perfectly and in fact we now had hot water!  We had not tired the hot water again since Saturday.  He then proceeded to explain how the “old” water heaters were much better than the new ones.  He noted there was no visible rust, and in his opinion, it may last us many more years.

My wife and I discussed the situation, and the final decision was to replace it anyway.  The tech wrote down the details and it was scheduled for this morning (Tuesday) as the first call.

The company opens at 8:00.  The crew had not shown up at 9:30 so I called to check on things.  I was told the two techs were on their way but needed to go by the distributor to pick up the 50-gallon water heater.  Although this company still refuses to go to flat rate pricing they do fortunately, have a firm price for replacing hot water heaters.  The extra pick-up time wasn’t costing me anything so I was only mildly concerned they were late.

The company knew the day before (in the morning when the tech left our house) what was going to be installed.  Would it not make perfect sense to check the inventory in the company warehouse to see if one was in stock?  If the tank was not in stock, which it wasn’t, there was plenty of time go pick one up so they would be ready to roll at 8:05 AM the next day.  No, they “realized” there was not one in stock this morning and had to go to the wholesaler to pick one up.  The techs (yes two) showed up about 9:45 AM.  That is nearly two hours of non-billable time, each, wasted!

As I noted, the techs had now arrived.  They went to our basement where the water heater was and instantly noted the ticket the young man had made out the day listed the new shutoff value but failed to note the value that needed to be replaced for the humidifier.  I was then told by the lead tech that at some point they would have to return to the shop and pick one up.

About two hours later, the tank was “slowly” draining.  I suggested that this might be a good time go back to the shop to pick up the needed value.  They agreed it was a good idea and off they went.  Forty-five minutes later they returned with the valve.

The tech from the day before was aware of the need for both valves because he told me.  However, he failed to write it down on the ticket.  Let’s see.  Two techs at forty-five minutes equals another 1.5 hours of non-billable time.  The point…be sure to write down everything that will be needed on the job.

The rest of the day proceeded nicely.  Mats were spread from the back door through the basement.  Booties were worn.  The lead tech was very personal and informative.  He even replaced a couple gas lines that he was simply uncomfortable with.  They didn’t make a mess and everything functioned perfectly before they left.

The problems were not with the two techs that did the work.  They were great.  The problems were in communicating properly on the paperwork and checking inventory so the team was ready to roll the next morning.  Proper communication would have saved the company five to six non-billable hours.  Even if the company only charged $100/hour that is $500-$600 of non-billable time.  That doesn’t even account or lost income had those hours been available to bill to another customer.

Proper communication really is the key to profitability.

Side note:  we found out that the initial tech that came out and recommended we keep the old hot water heater was actually an HVAC tech!  When the two plumbing techs took the old tank out and put it in their truck, they told me (not knowing what the tech had said the day before) that nearly a shovel full of rust fell out of the bottom of the tank and they seriously doubted it would have lasted another 12 months!

Do your techs and/or employees know why you need to charge what you charge?  If they don’t believe in the company’s pricing, they will tend to undercharge the customer.  There is a simple solution to the program.  This month’s Website Special is our Why Do You Need to Charge So Much? program.  It walks the team through a Sample Company pricing, therefore helping the team to understand what it “really” costs to run the company and why you need to charge what you charge.  The program is normally $139.95 but this month it can purchased for only $99.00.  Order today.